In his solo show “Immer noch der Lauf der Dinge” (Still the Way Things Go) Julius von Bismarck takes the ground from under our feet. Whoever enters the alexander levy gallery immediately stands on a conveyor belt that covers the whole gallery floor. A walking speed exactly matching that of the conveyor belt is necessary to stay in one position and not be driven against the wall. The individual also synchronises with other visitors, who do the same. The movement becomes collective, resembling demonstrations where many people march in step together. Are we not also moved by external forces then, although we may think that we are acting on our own volition? The association with a political demonstration arises with the title of the installation: “One Solution Revolution”, the slogan of communist youth organisations. Once again von Bismarck reminds us that we are not the centre of the world, even if we perceive the world from within our bodies.


That sounds banal, but it is a fact forgotten by many. For a large portion of history, much of humanity believed that earth, its home planet, was naturally the centre of the universe around which everything else revolved. We do not notice that the world beneath our feet is continually revolving because we only perceive our own movement. We have to consciously think about the earth’s movement because we cannot see or feel it. And what does the outer world consist of when we are moving on the conveyor belt? In the predominantly dark space, we see two projections on the wall. Different animals – a fox, a racoon and a stork – appear to float weightlessly in the room, like astronauts in outer space. But they are not alive. They are long dead, prepared by a taxidermist. The movements they appear to make come from the wind that blasts from below and prevents them falling to the ground. The animals are in a large wind tunnel used, amongst other things, to learn sky diving. 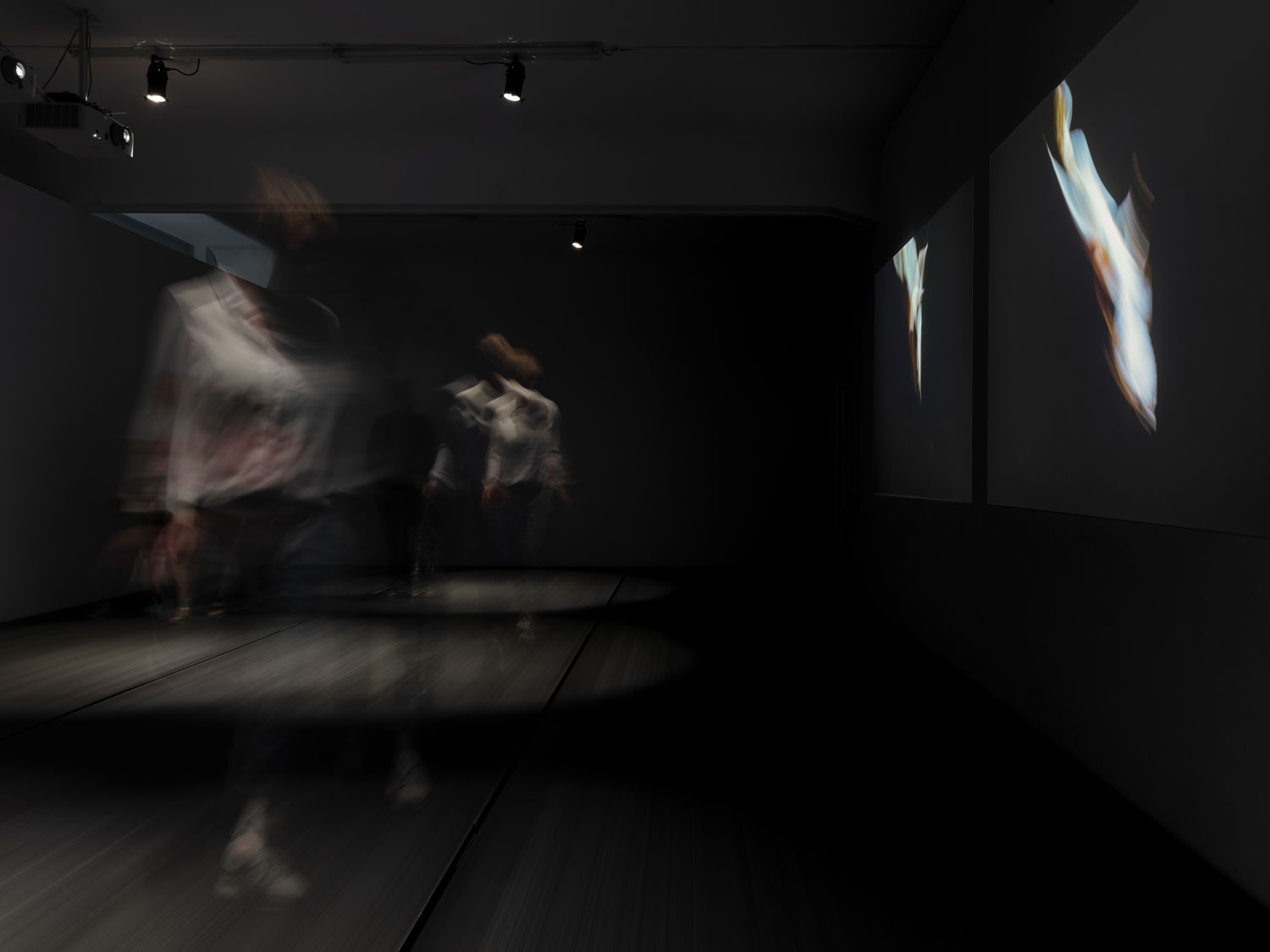