Blitzrakete (Lightning Rocket) (2021) is a hybrid between a sculpture and an operational piece of equipment. Produced in 2021, the object is a continuation of Talking to Thunder (2016-17) – Julius von Bismarck’s series of close encounters with lightning, which he pursued in Venezuela, Colombia and Norway. Designed to be launched during a thunderstorm, Blitzrakete has the ability to trigger and direct a lightning bolt. The electric current between the ground and the sky can be measured. If it is particularly high, an electrical discharge can be provoked by building a bridge, for example in the shape of a Kevlar-spun copper thread, which is shot into the sky by a small rocket. Equipped with a recovery system consisting of a parachute and 3 high-power LEDs, the rocket can be reused after each flight. The system allows the rocket to land securely and be retraced, not only on land but also on water.


The lightning rocket (155 cm; 54 inches) is made of aluminium and can be operated with G, H or I motors. With a Cesaroni motor 567-I125-WH-LB-10 the rocket reaches a speed of over 1000 km/h and an altitude of 1.886 metres. Von Bismarck’s lightning rockets cannot legally be launched in Germany without specific permits. Within the framework of an exhibition Blitzrakete is presented as a sculpture without engine. 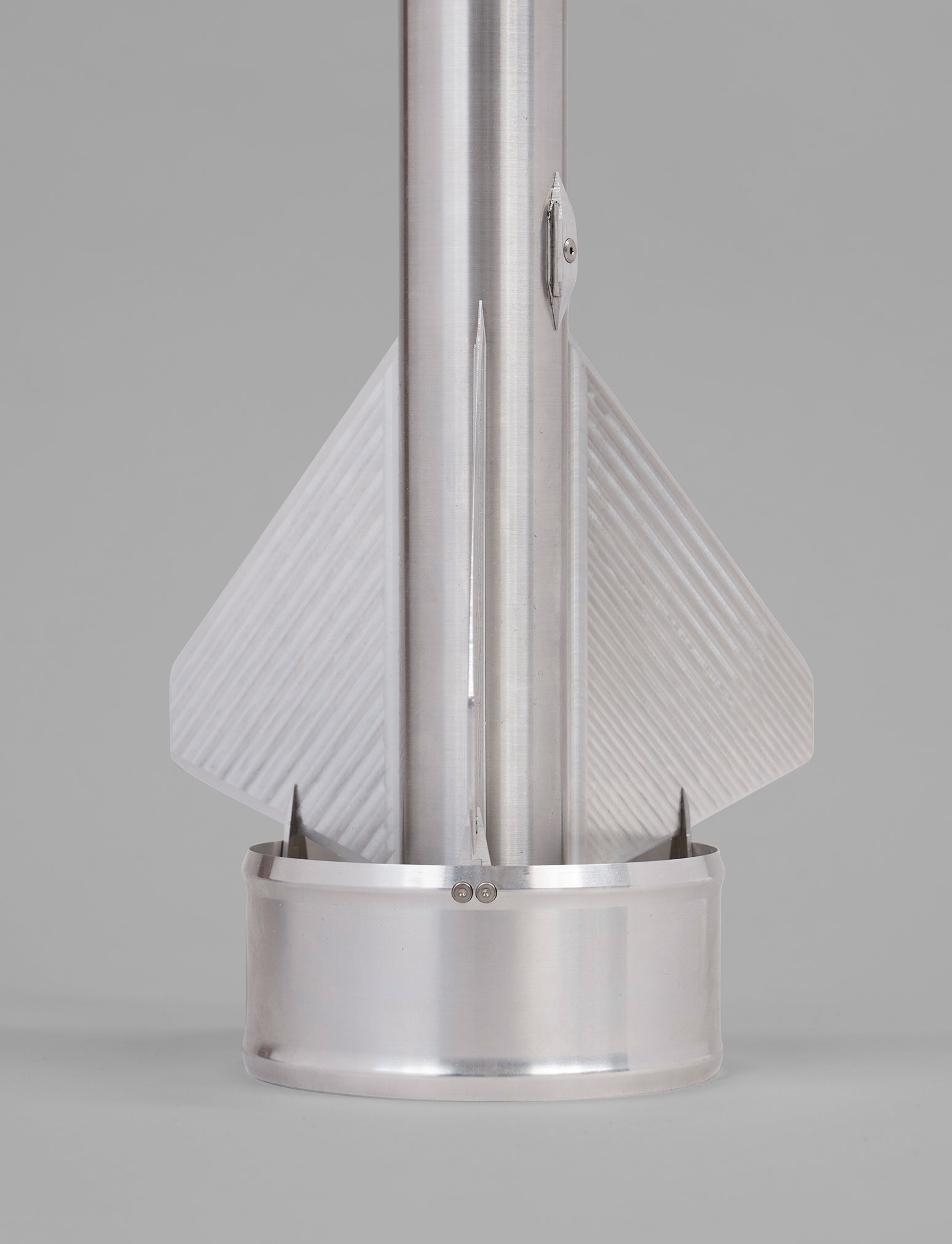